My Canon G7m2 died during this year's Tour across Bavaria, but rather than replace it with an identical unit, I considered getting a Ricoh GR3. I'd seen the output from Mike's GR2 during my Spain trip, and it seemed to tick all the boxes:


Against that were several blemishes
I also considered the predecessor, the Ricoh GR2, which does have a flash and is $400 cheaper. But the image stabilization built into the GR3 was much more appealing for shooting while cycling. In the end, my brothers stopped my waffling and got me one for my birthday.

My first few moments with the camera had to do with relearning the interface: unlike the Canon, the lens ring is purely a mechanical cap for the bayonet mounted wide angle lens (which I will not buy --- it's too cumbersome!). The modes were nice, and I appreciated the little lock nub that prevents accidental knocking of the mode dial. That happened to me way too often on the Canon! I was, however, negatively astonished by how bad the Ricoh  Image Sync app is. Despite the camera having the hardware, bluetooth sync simply doesn't work. I tried Wifi, and it didn't work either! I've been appalled by Canon and Nikon's android apps in the past, but this takes the cake!

Set against that is that instead of having its own wacko proprietary RAW file format, the Ricoh GR3 outputs DNG files, which Lightroom 6 (the version I'm sticking with since Adobe wants their money-grubbing subscription fees for "upgrades"), and you can actually extract the Ricoh GR3 profile from the latest version of camera raw and just stick it into your Lightroom plugins folder and have it work!

OK. Enough about the niggling stuff. How do the photos look? 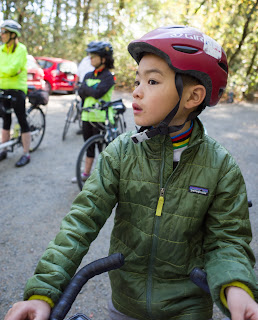 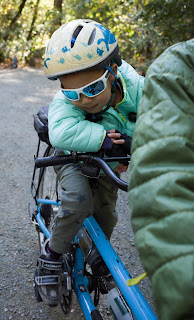 You can see that 28nnm is just that much narrower that you have to be more precise and shoot more pictures (and have way more discards) to have a chance of capturing the action that's happening int he back seats of the tandem. 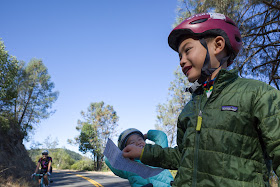 OK, the LCD screen on the back doesn't make photos look as great as photos taken from a phone, but when you get the photos home and take pictures, you get the "WOW" effect that you never get with phone photos. Details pop, and with 24 megapixel you have room to crop. 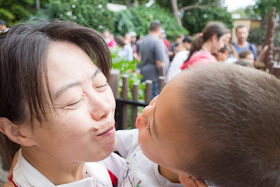 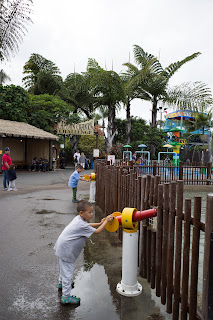 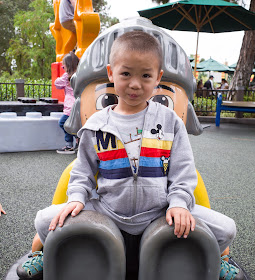 It's a great little camera and a useful tool in your cycling jersey pocket. I'm looking forward to using it on future bike tours!

I actively moderate the blog for spam.